Spa Work is not Sex Work. But Some People Are Confused About That. 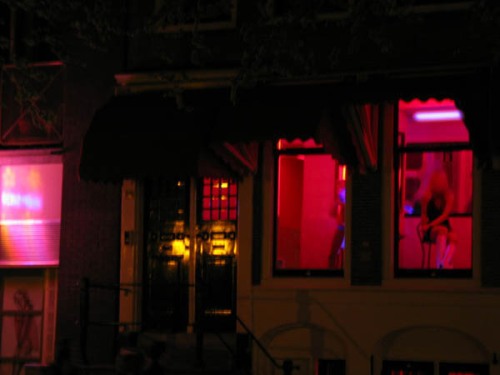 I’ve been writing this post in my head for a couple of weeks now, ever since this whole Al Gore/massage therapist scandal broke. Whatever the true story is there (Tipper says it’s false), it brings up some big, troubling questions about this whole Business We Call Touch.

Jezebel has talked before on the specific issues facing massage therapists, who are trained and licensed, and would prefer you to not use the term “masseuse,” because it has the front-for-prostitution connotation, and they’re already fighting an uphill battle on that because their work is still classified as “adult entertainment” in some parts of the country. I know. And if you’re surprised by that, check out JJG’s comment posted right on this-here blog about six months ago:

I have received a professional massage once in my life and plan on getting many, many more. They feel great and everyone should do it. Did the happy ending cross my mind? Of course. It was my first massage and for all I knew, they were complimentary. Like fennel seeds at the Indian restaurant. I was actually wondering if she would offer at some point during, because I though that was what happens. I know, I watch too much Entourage. But nothing happened except for receiving an awesome massage. And now I know what to expect next time.

Digest that for a second… Because massage therapists aren’t the only ones fighting ’em off. We talk about it all the time at Beauty U.

Miss Jenny once had a client come in for a back and chest wax. When she entered the room, he had taken off his shirt (that makes sense) and his belt (that does not) and put a wad of extra cash on the counter. Which she ignored.

Before I started, Miss Stacy and Miss Lisa had been dealing with a dude who was a Beauty U regular for body treatments. (I am not saying that guys can’t enjoy a nice salt scrub or mud wrap. But I am saying the number of men coming in for these services on a normal day is about -15.) When he lay face down on the bed, he had to fold his legs under him and stick his butt in the air “like a frog,” because, they realized, he was too excited to be able to lie flat. Miss Lisa solved the problem by standing in the room with the students working on him and eyeballing him sternly until he finally stopped coming back.

Miss Bethany, one of the day teachers, had a male client come in for a Brazilian (note: I am putting a firm kibosh on the term Manzilian) when she ran an esthetics practice out of the spare room in her apartment. To put it bluntly: He kept getting erections. And asking her if she liked working on men and if she talked about it with her husband when he came home. She told him in no uncertain terms that she did not.

I don’t know what makes me sadder: That guys like JJG are walking around with this faux affable golly gee whiz “for all I knew it was complimentary!” attitude. Or that other guys take it one step further and assume any woman paid to touch them must be willing to do more.

But what’s most sad is that we’ve received exactly zero Beauty U training on how to handle these situations beyond the above anecdotes, which only ever come up because students ask if this kind of stuff was ever an issue. The lesson seems to be “this is inevitable and you should stand up for yourself when it happens,” mostly because it certainly hurts the professionalism of the industry if you don’t and even more people walk around assuming estheticians are sluts. And because, as I’ve discussed before, there’s a lot of bravado among estheticians that we’re professional enough and tough enough to handle the less savory sides of life (pimples, pubic hair, you know).

But running through every story is also an undercurrent of uncertainty. There’s that understandably delayed reaction of “is this really happening to me?” but there’s also the fear/denial part.

“I don’t even want to know what that wad of cash was about,” said Miss Jenny.

“We couldn’t just refuse to work on him,” said Miss Stacy. “It’s not like he tried something.”

“I didn’t want to make him mad because I didn’t know if my neighbors were home,” said Miss Bethany.

Because these situations are intense and scary, all the more so because making the wrong call means alienating a customer, which means bad word of mouth and/or an angry boss, which means you’re out of a job.

Tonight we’re talking about a recent graduate who has set up her own esthetics practice, complete with a Facebook page. I don’t know this graduate and I haven’t seen her page, but Miss Lisa tells us that the woman posted about a recent Scumbag Client Encounter, saying she told the jerk where to go (I’m assuming in language more colorful than that).

“That was entirely unprofessional,” says Miss Lisa. Everyone nods in agreement. “I guess it’s okay to say that kind of thing happened, but don’t talk about it like that — it just makes us look bad.”

You know. Like we’re the ones taking off our belts and putting extra cash on the counter.

8 responses to “Spa Work is not Sex Work. But Some People Are Confused About That.”